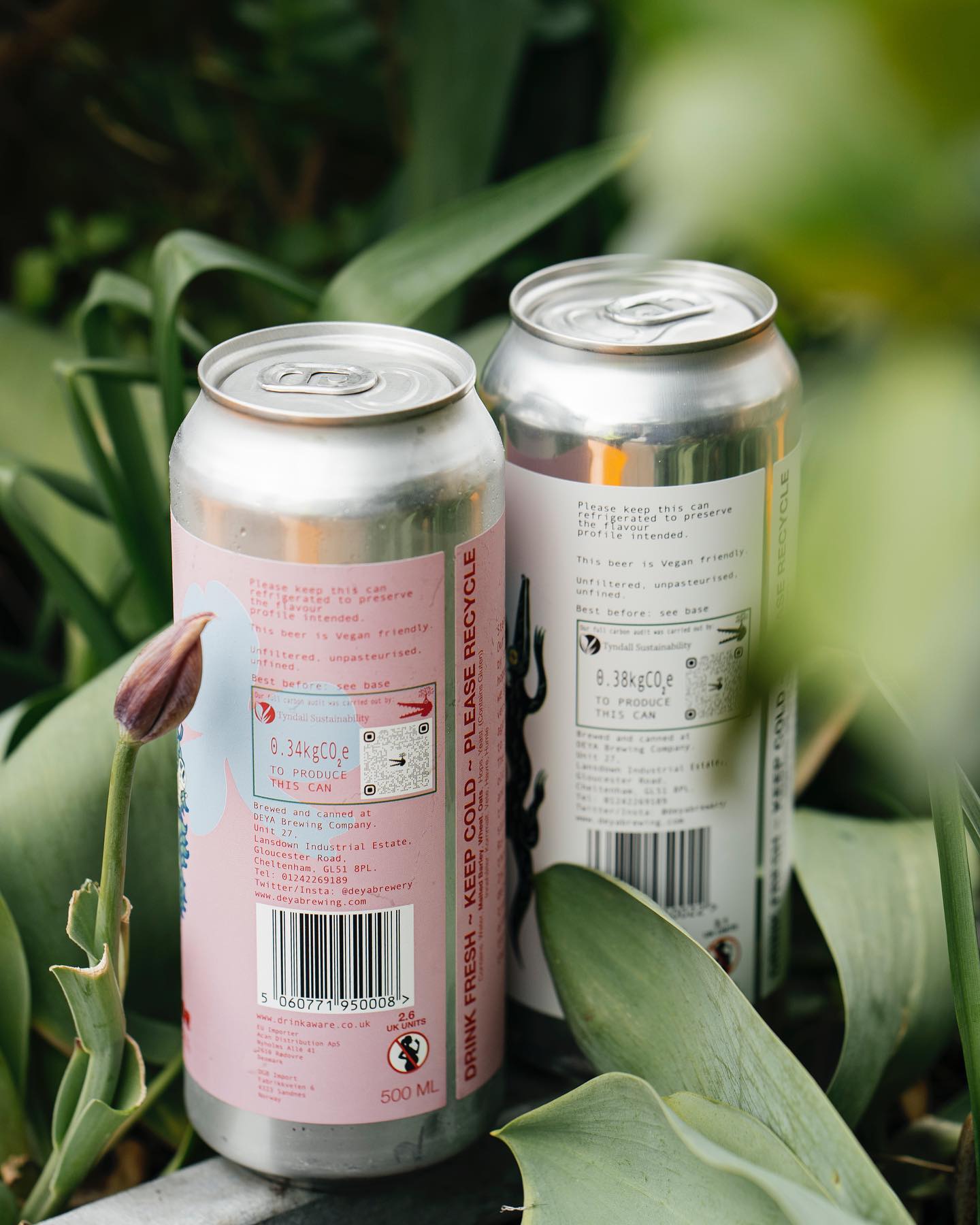 How DEYA has been working towards their climate goals and reducing their environmental impact.
George Wade
August 3, 2022
•
5 minutes

DEYA was born in Cheltenham after Theo Freyne, its founder, was inspired to make hoppy beers, lagers and ales, initially selling them to customers on-site. The young company has completely boomed in recent years — because the beer isn't half bad — with a brewery holding a unique house style of soft, juicy and extremely hoppy beer.

It's safe to say Theo's idea has been a broiling success, so much so that DEYA's flagship beer, Steady Rolling Man, was rated the best pale in the UK on Untappd in 2016, just a year after opening its doors.

Although it would be easy to get wrapped up in all this success, Theo has kept a modest view on it all and clearly has his priorities set straight. One of DEYA’s key missions is to be a leading company for the planet and Theo emphasises that we all need to be proactive and transparent when tackling the issue of a warming Earth.

Naturally, breweries aren’t exactly angels when it comes to the carbon footprint they leave behind on a daily basis, and the team at DEYA knows this. Big hydrometers, pumps, valves, heat exchangers and filtration systems, combine to create emissions we'd rather ignore while savouring a cold one.

This is where Zevero stepped in to help identify and measure DEYA’s emissions.

A full cradle-to-grave business analysis was completed, taking into account everything from the water used to grow the barley, to the materials in the final packaging, without forgetting the waste from beer production along the way. From all this data, Zevero was able to conclude just how much CO2e (carbon dioxide equivalent) was emitted to make each individual can of drink.

After a year-long assessment of DEYA’s operations, Zevero also helped to identify any greenhouse gas emission hot spots. By pinpointing specific problem areas, we provided DEYA with ways they could lower their carbon emissions. For example, if they sourced completely organic malt from the UK, they could reduce their emissions by around 0.09kgCO2/kg malt. Over the course of a year, this would decrease emissions by a total of 16.1 tCO2e/year at current production rates.

On top of their internal reduction strategies, DEYA has invested in an offsetting project by Forest Carbon to further reduce their carbon footprint. Together, they have been working to support the delivery of a 65-hectare Welsh peatland restoration project. With peat being able to hold more carbon than most other vegetation types in the world, protecting and restoring peatland is a great way to offset emissions.

The restoration project is estimated to halt the emission of at least 2,335 tCO2e over the next 35 years, which equals to DEYA’s estimated residual carbon emissions over the next 4 years. All in all, a great carbon offset project for DEYA to get involved in!

By getting a detailed audit of their emissions, DEYA was able to pinpoint exactly where its hotspots were and take action to mitigate those areas.

Smaller changes include encouraging employees to walk or cycle to work, using 100% recycled printer paper and publishing monthly newsletters with the latest company emission stats to keep up awareness. On a wider scale, the company is now completely powered by hydro and wind energy. It has also become a Zero to Landfill company, meaning that no waste ever ends up in the landfill and whatever can't be recycled is instead incinerated to generate energy.

While DEYA’s new reduction strategies have had a positive outcome on their environmental and community impact, this is far from the brewery's endgame for that environmental tick. We look forward to following them on their climate journey!

Build your climate programme with Zevero

Get in touch to find out how Zevero can help you measure and reduce your carbon emissions.

Sign up to receive updates from Zevero including climate guides and our regular roundup newsletter.

Thank you! You've subscribed.
Oops! Something went wrong while submitting the form.
PRODUCT
Book a demo
Pricing
Resources
Blog
Climate Hub
about
About us
Contact
Careers