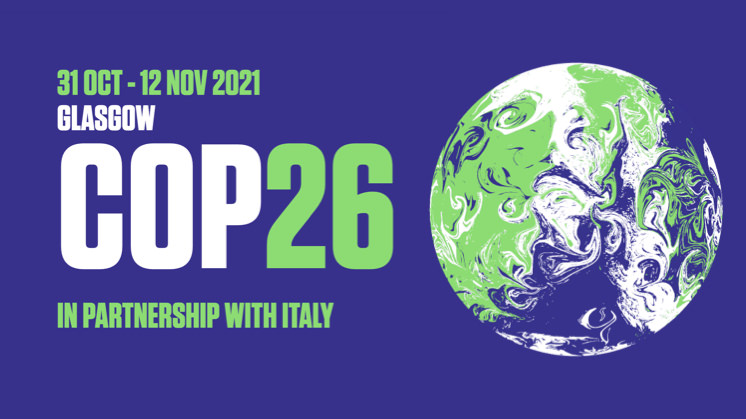 COP26: a summary of what happened

COP26 is over and it's time to know whether it was a success or just a greenwashing copout. After two weeks of tough negotiations and the spotlight being on climate change, we came out with a halfway there agreement. India and China added a last-minute change on coal, looking to 'phase down', not 'phase out' coal use - coal is responsible for 30% of global emissions.

The Glasgow Climate Pact shows signs of progress, with a number of small wins and a few big changes, though ultimately it falls short of keeping temperatures below 1.5C (we're already at 1.2C). Nations agreed on an interim target of a 45% reduction by 2030 and net-zero by 2050 and will reconvene next year to resubmit their emission reduction plans.

While countries take slow action, businesses have the potential to move the needle and tackle climate change. Let's look at the wins.

The Climate Pact explicitly looked to tackle the dirtiest fossil fuel, coal. A commitment to phase out coal was included in early negotiations but China and India dramatically opposed this late on Friday.

India and China rely heavily on coal and are grappling with energy issues, as well as a developing population where poverty eradication and growth are key. In the end, countries agreed to "phase down" rather than "phase out" coal. This is the first time that coal has been included in any COP texts and signals a major commitment to tackle one of the biggest sources of emissions at a global level.

One of the biggest wins at COP26 was the $130 trillion of private capital committed to transforming the global economy to net zero (through the Glasgow Financial Alliance for Net Zero). This commitment is an increase from $5 trillion when the UK and Italy assumed COP presidency. However, some have raised concerns that this is simply a pledge and the $130 trillion is just the Assets Under Management of the firms signed up to the alliance, so it may not translate into actual investments. We hope these commitments turn into plans for the global transition to net zero, rewarding businesses for taking climate action.

The Global Methane Pledge, signed by 100+ countries, is a voluntary agreement to cut methane emissions and may be the legacy of COP26. While much of the focus is on carbon emissions, methane heats the planet quicker than carbon (it’s 25x more powerful than CO2) and it's also much easier to target. The plans could prevent around 0.3°C of warming, a big deal for the climate and a welcome victory.

Over 100 world leaders whose countries house 85% of the world's forests - including Brazil - have pledged to halt and reverse deforestation by 2030. The pledge includes $14bn of public and private funds to prevent deforestation.

For the first time, there are now international rules for carbon trading. The long awaited adoption of Article 6 of the Paris Agreement will legitimise the fast-growing voluntary carbon offset market and unlock trillions in finance for protecting forests and renewable projects. Offsets may be controversial, but providing more transparency and investment into permanent offsets through partners like Klimate.

China also pledged more aggressive climate action as it agreed to work with the US to accelerate actions as well as cooperation on reducing methane. China is the world's largest GHG emitter and accounts for nearly a third of energy-related CO2 emissions. Its participation in the event is crucial to us keeping temperatures below 1.5 degrees.

While it’s easy to be negative about the outcomes of COP26, there is a heck of a lot to be optimistic about. We are closer to keeping temperatures below 1.5C than we were two weeks ago; trillions of dollars of finance have been committed to net zero; we have a major deforestation pledge to eradicate deforestation by 2030; and we have had 200 countries in the same room negotiating about one of the most important things facing the world today. It may not be perfect, but we cannot let perfect get in the way of being great.

The same applies to businesses, to become climate leaders you need to start from somewhere. Whether you already measure your emissions but want a more efficient system or you have no idea what your company's impact is, Zevero are here to help. Get in touch to find out how we can help you build your climate programme.

Build your climate programme with Zevero

Get in touch to find out how Zevero can help you measure and reduce your carbon emissions.

Sign up to receive updates from Zevero including climate guides and our regular roundup newsletter.

Nice, you'll get climate news in no time.
Oops! Something went wrong while submitting the form.
© 2022 Zevero. All right reserved.